When Moles Become a Problem 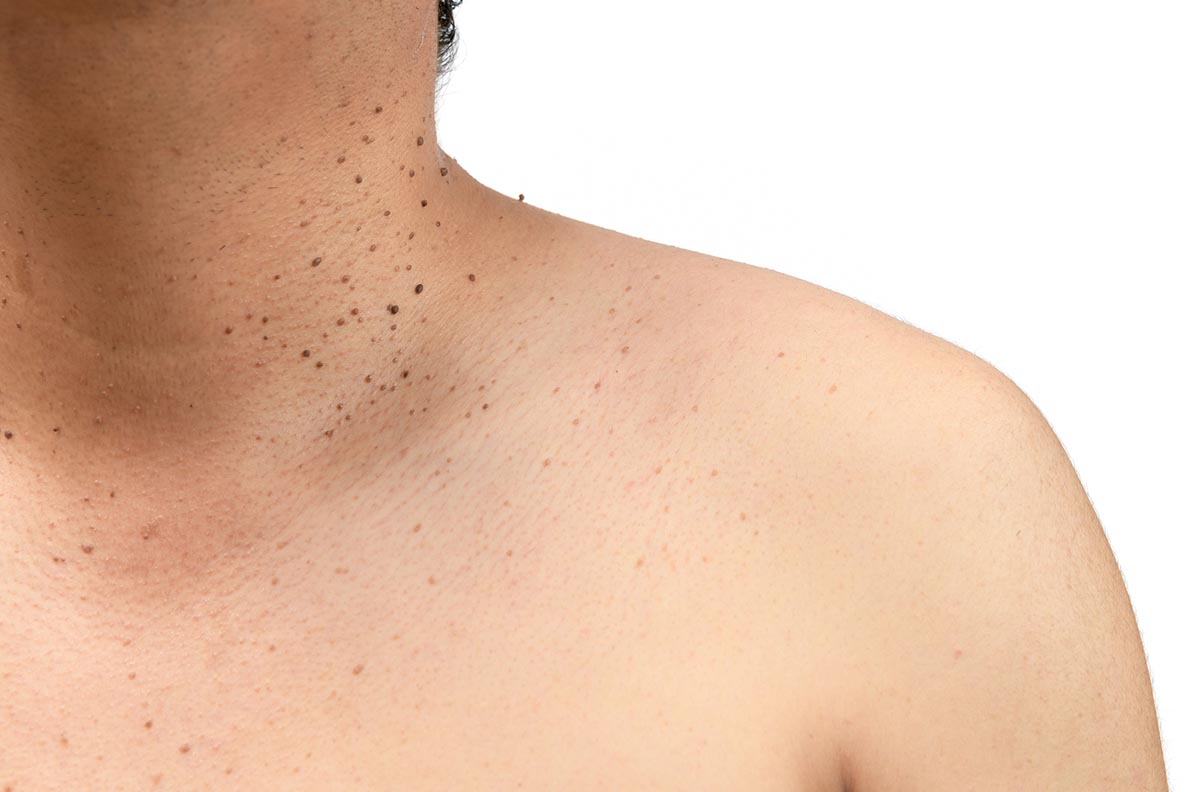 Moles are clusters of pigment cells (melanocytes) which form small spots. They are typically brown in colour, but may vary. Moles may be smooth, rough, hairy, raised or flat. They are usually oval or circular with a smooth edge. Over time moles can gradually change in appearance.

There are a variety of different types of moles. Some of the most common include:

Junctional Melancytic Naevi – Usually flat, round and brown in colour.

Atypical or Dysplastic Naevi or Clark Naevi – slightly bigger, bumpy moles which can appear in a range of colours.

Halo Naevi – A mole with a white or pale border where the skin has lost pigment.

Many people are born with moles, but most appear during the first three decades of life. Individuals with fair skin are more likely to have a greater number of moles than those with darker skin. Certain types of moles can run in families.

The majority of moles are completely harmless. However, if they are particularly prominent, they may begin to have an impact on the confidence levels of some people. Sometimes moles can become troublesome, especially if they are in a place where they easily catch on clothing etc. In such cases it may be possible for the mole to be surgically removed. London Cosmetic Clinic offers mole removal in London.

It is important to check moles regularly for a change in appearance and to note if any new moles develop. Changes to moles could indicate skin cancer. Melanoma is an aggressive form of skin cancer and can be very serious. Treatment will depend upon circumstances but will usually involve surgery. Changes might include:

– Becoming uneven in colour
– Developing a ragged or uneven edge
– Becoming crusty, inflamed, red or bleeding
– Growing to a width larger than a pencil.

The ABCDE method is helpful when monitoring moles.

If you at all concerned by a mole, or changes within a mole it is important to see your GP.