The uniform of the rocker is still here.

Rock and roll is meant to be “sticking it to the man”, so says Jack Black in School of Rock. He’s not wrong but there has become a sort of uniform to the process, which as Boy George observed when talking about Punk rock, sort of “defeated the purpose”. However it seems that rock is still with us. Observe the recent Eurovision of Maneskin from Italy. The usual bubblegum pop spectacle was blown away by the sheer energy of the four piece’s performance. They weren’t wearing jeans either. “Rock and Roll NEVER dies” the lead singer Damiano David rather pointedly shouted as they won. 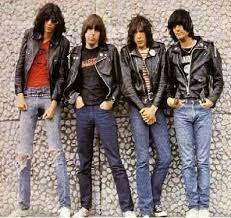 Maneskin have taken the glam rock look and merged it with the punk ethic and then gone and mixed a bit of 80’s nu wave as well. For the most part the standard rock uniform is in place. It’s quit easy to achieve. Black Leather jacket, T-Shirt sing colour or slogan depending on whether you want to make a statement or not and then blue jeans or black of your moody type. 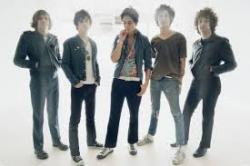 Best example of this look is the Ramones and the Strokes 12 years later. None of them were related but they wanted that uniformity. Even marketing experts KISS knew when it was time to take the makeup off and just go with jeans and t-shirts (although they also knew when to stick it back on again). It’s not hard to copy it. Go to EJ Menswear and check out Mens Levi Clothing. The rock choice.