The Glory of Stonehenge 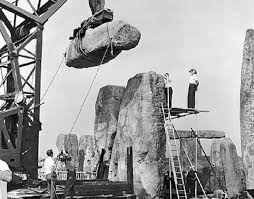 Recently a decision about the A303 that runs past Stonehenge has finally been deceased. A tunnel will be built under the stones despite ongoing concerns and disputes. It has only been in the last twenty years or so that this magnificent monument of Neolithic power and ingenuity has been given the status it deserves. English Heritage has taken over the running of the site. Now there is a proper car park, visitor centre with shop and catering facilities and the site is strongly protected. In the 1970’s it was just a small layby and you could happily wander around the stones without a timed ticket. You also had to dodge the traffic as the A303 is one of Britain’s busiest roads and was right next to it. 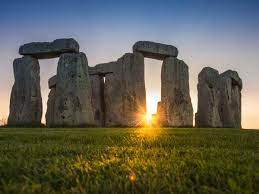 The Henge is in Wiltshire not far from the County capital of Salisbury. It’s just one of the many aspects of the county that make it such a lovely place to live. Just take a look at Park homes Wiltshire to see some great examples. This rural setting is the home of many important ancient sites including it’s smaller cousin Avebury.

In the past the stones have not been treated with the same degree of respect as they are today. Medieval writings describe them as ungodly and a place to be shunned. Locals looking for a handy bit of dressed stone would light fires underneath them to crack them. In the 1950’s they were taken out of the ground, stuck in lead “shoes” and then sunk back into the ground in concrete. A fact that English Heritage has only just started to acknowledge.