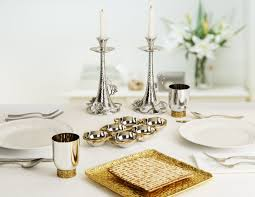 Confused about what the term Judaica refers to? An explanation of Judaica helps in the understanding of Jewish ritual objects and artifacts. Hopefully, you’ll learn something about the varying types of Judaica and what they mean to people of the Jewish faith. Quite literally, Judaica refers to any literature, art or historical objects relating to Judaism that are used during special events and rituals such as holy days, festivals and feasts, for example.

Traditionally, Jewish families would collect objects from their past, such as prayer books, menorahs, and other items related to Judaism. Even today, Jews still cherish their heritage and religious heirlooms, and ritual objects are valuable possessions in Jewish homes. In addition to prayers, Jews collect other items related to their religion that might carry depictions of Jewish art, for example. These items fall under the description of Judaica. For a selection of Bar Mitzvah Cards, go to a site such as Cazenove Judaica, sellers of Bar Mitzvah Cards.

Jewish ritual objects include the Seder plate, which is a large and important item in the Jewish community. Items with religious artwork or important relics passed down through generations fall under the category of Judaica as they are used for important rituals during the Jewish calendar. 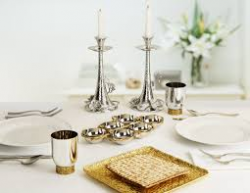 Jewish religious articles include the Shofar, Lulav, Etrog, and Menorah. These objects are necessary for the Jewish religion. These objects represent their meaning to the craftsmen and artists that create them. They can also make great gifts for people who love the celebrations throughout the Jewish calendar.