Solving the Housing Shortage – What is the Difference Between Self Build and Custom Build Homes? 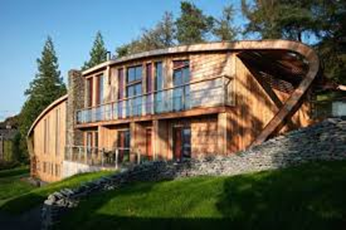 In 2011, faced with a huge housing crisis and needing to supply affordable housing to the population, the Government introduced the ‘Custom Build’ scheme. As well as introducing the scheme to help first time buyers to purchase their first home, the strategy was designed to help people who were stuck renting who wanted to have a home of their own.

Until 2011, building a home of your own was simply known as self build – but there are differences between self build and custom build homes, although often the two terms can be mixed up which can be confusing!

When you think of a self build home, it is often like the projects on Grand Designs, although not necessarily always grand! This is where the people building the property have to do everything right from scratch – purchasing a plot, the paperwork and legal side, including planning permission, and designing and overseeing the build. For those who are not all that clued up on the process, it can be a baptism of fire.

Custom build homes differ as they are much better for a person who wishes to have input into the design of their own home, but there is a lot more support, and it is not as labour intensive for the person – a professional company such as this custom build homes Birmingham based company will be able to supply a lot of support, and often the planning permission for custom build homes will have already been sorted, so it is the best choice for a more inexperienced person.