How Flooding can Damage your Drains 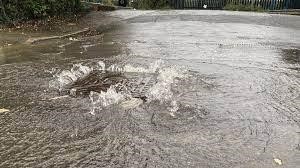 Flooding is something that is likely to become more commonplace as factors like climate change and building new homes contribute to the risks of flooding. This is a problem which can happen anytime – although more commonly in the winter months, flooding has been known to happen in the summer. In 2007, Gloucestershire was badly hit by extensive flooding, and many people were evacuated, as well as the fact that water and electricity were both shut off to many homes around the county. 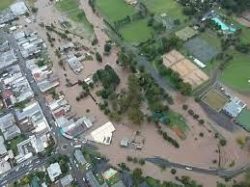 When a home floods, it can cause a lot of damage. There are things that you can do to be prepared for a flood, such as keeping sandbags and flood barriers ready for use, as well as ensuring that your drains are in good repair. It is also wise to keep a lookout on the environment agency website for flooding alerts in your area.

Drains are something that can be badly affected by flooding, so getting a professional like this drain lining company www.wilkinson-env.co.uk/news/drain-lining-no-dig-repair to come out and inspect them regularly is a good way to ensure that your flood risk is not going to be worsened by blockages or damaged drain pipes. Flooding itself can also cause damage to the drains, some common examples of this include:

Blockages – Although blockages that are already in the pipes can make matters worse when it comes to flooding, flooding can also cause blockages. Water can wash debris into the drains and cause it to become blocked, and the water itself will usually contain silt or dirt which can make its way into the drain during a flood.

Damaged Pipes, Underground or Above Ground – Because of the debris, as well as the sheer volume of water, pipes that are both above and below the ground can become overloaded and start to crack or warp during a flood. The saturated ground can also crush the pipes underneath it during and after a flood.

Damage to the Foundations – When water rushes into and around your home, it can also get into the ground. When it does this, it can cause the foundations of the home to shift, which is also another way that the pipes and drainage systems underneath the home can become damaged or weakened.