How the Pound Sterling has Evolved

Humans have been trading and using items to exchange for thousands of years, but the oldest of the worlds currencies that is still in use today is the British pound. Over 1000 years old, the pound was originally made of pieces of silver.

From this time on it as been through some changes, but pound Sterling has always remained the British currency. There are many old coins that people still find every so often – if you do happen to come across some old currency it is certainly worth taking them to somewhere like this coin dealer UK based GM Coins to find out more about them.

When paper bank notes were brought in, in the year 1694, they were only partially printed – the actual value of the note had to be written in by a banker and then signed – it was not until the reign of Queen Victoria that the notes were changed to fully printed notes. 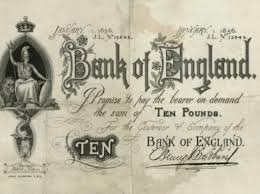 Many changes to the currency happened in the years since this – during the war, in a bid to stop fraudulent currency, silver threads were added to the notes, and then of course in 1971 the old system became decimalised, which was ultimately a lot easier to work out with 100 pennies forming a pound. 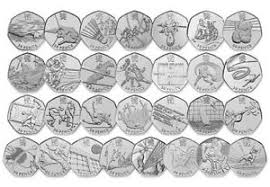 Modern notes have now evolved to become plastic and therefore more hardwearing, and there are many modern coins that have become highly collectible such as the Olympic 50ps that were released to commemorate the 2012 Olympic games in London.